NIGHTSCHOOL X ARCHIBOO - DRONES, TIME-LAPSE AND SOCIAL MEDIA: HOW TECHNOLOGY IS HELPING TO TELL A DEEPER STORY ABOUT BUILDINGS 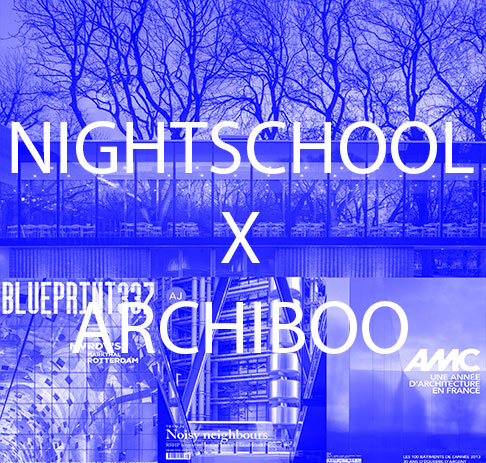 This talk is hosted in collaboration with Archiboo and is part of the London Festival of Architecture 2015. Part of the mini-season – Mobile Phones to Drones: how technology is changing architectural photography

Architects rely on photographers to document their work and ensure its promotion through magazines and books. But this relationship is changing as a new generation of architects prefer to record their work through online magazines and platforms.

Paul Raferty has been an architectural photographer for over 20 years and has worked for some of the world’s best-known architects including Richard Rogers and Renzo Piano. While his trade has been hit hard and continues to be disrupted, he argues that as technology becomes more sophisticated and ever cheaper it also has the potential to revolutionise the way we view and understand the built environment.

His talk will cover the different visual platforms he uses; the changing media landscape and why PRs increasingly call the shots; drone photography, and his two time-lapse videos with filmmaker Dan Lowe which he will show during the course of the talk.

About Archiboo
Archiboo offers a platform for people to share their knowledge and expertise.
Archiboo talks cover a range of topics from entrepreneurship and branding to heritage activism and crowdfunding. Archiboo is interested in exploring different ways of working, collaboration, communication, people and networks – anything in fact that can help architects and designers grow their business.

About Paul Raferty
Paul Raftery is one of the UK’s best-known architectural photographers and has worked for some off the world’s leading architects including Renzo Piano and Richard Rogers.